Young investigator - Inventing the architecture of the future quantum computer

Young investigator - Inventing the architecture of the future quantum computer

You are a talented early-career scientist who has already produced excellent work and shows potential to be a research leader, take the opportunity to propose and lead a research project via the brand new research program launched by CEA Tech this September 2020: Science Impulse

In a few words, our institutes (CEA-Liten, CEA-List, CEA-Leti) bring you a great opportunity to develop your own ideas, to lead your own project and to create a positive impact for society, by joining a leading Research & Technology Organization. We offer a full package up to 3 years, including your salary and adequate means to hire at least a 2-year post doc to work under your supervision and access to relevant experimental and numerical CEA facilities.

In this context, CEA-List is looking for a high-level junior researcher that will impulse a new dynamic on quantum computer topic and be the manager of his/her groundbreaking research project in phase with local teams.

Quantum computing is a rapidly developing field. It is currently raising a lot of hopes and leading to many announcements both in the world of research and in the world of industry. In principle, the realization of machines applying quantum principles could make it possible to deal with problems that are difficult or impossible to tackle with conventional computers. The applications fields that would benefit the most from Quantum Computing are those with problems incurring an exponentially large number of variables with respect to the size of the problem such can be found in Chemistry, Pharmacology, Physics, Cryptography, Optimization and Machine Learning.

However, the design of a quantum computer capable of operating efficiently on these problems remains a very long-term prospect. At the hardware level, the realization of the indispensable Qubits with sufficient fidelity and scalability potential is a major research field with several technologies actively investigated by many (IBM, Google, Rigetti, IONQ, DWave). CEA has pioneered the development of superconducting qubit technology [Reference: D. Vion et al., “Manipulating the Quantum State of an Electrical Circuit,” Science, vol. 296, no. 5569, pp. 886–889, May 2002] and is now positionned on the development of a spin qubit technology based on silicon semiconductor circuits [Reference : R. Maurand et al., “A CMOS silicon spin qubit,” Nature Communications, vol. 7, p. 13575, Nov. 2016]. At the application and algorithmic level, there is a broad range of work both on various platform.
There is clearly a gap between experimental efforts at the hardware level and more theoretical research at the algorithmic level.

In order to bridge it, we need to invent an architecture (both hardware and software) allowing the programming and the execution of applications on the available quantum technnology.
This architecture will make it possible to link a “software stack” made up of languages, compilers and other tools allowing the description of applications and their algorithms with an “execution stack” responsible for the orchestration of the physical circuits. If the software/hardware duality is at the heart of digital computing systems, this will also be the case for quantum computers in addition to the classical/quantum duality. Therefore a future quantum computer will be composed of a set of quantum operators (qubits) tightly coupled with a set of classical processors realizing a hybrid computing architecture. It is on the design of these interfaces: software/hardware, classical/quantum that will depend a large part of the efficiency of a future quantum computer as already mentioned in a pioneering work of the University of Delft [Reference : X. Fu et al., “A Heterogeneous Quantum Computer Architecture,” in Proceedings of the ACM International Conference on Computing Frontiers, 2016, pp. 323–330].

Although software platforms for hybrid programming have recently been proposed [Reference : M. Broughton et al., “TensorFlow Quantum: A Software Framework for Quantum Machine Learning,” arXiv:2003.02989 [cond-mat, physics:quant-ph], Mar. 2020] (in particular in the field of machine learning), they are still either too abstract or too proprietary to allow a simple interface with the physical technologies under development at CEA. However, they may represent a starting point that would be useful to assess and are an example of the opportunities that can be left to the initiative of the proposed project.

The challenge that we propose is to contribute to the design of a quantum processor architecture that can reconcile the constraints of physical implementations and the programming of real applications. The proposed research theme will fit naturally within the work underway at CEA’s Institutes:

This project will also link up with the work carried out at the CEA’s Direction de la Recherche Fondamentale on quantum information as well as on the understanding of decoherence phenomena and the associated measurement and control processes. Beyond CEA, this work will take place in the rich academic environment of the Paris-Saclay and Grenoble-Alpes Universities and partners research institutes CNRS and INRIA.

Through this project, the aim of CEA-List, aims at bridging the gap between developments in quantum hardware and applications by focusing on the sofware and hardware architecture of future QC.

In such a context, CEA-List is looking for a high-level junior researcher that will help in the study and development of the architectural and software stack of the future Quantum Computer. The candidate will beneficiate from the scientific and technological environment at CEA including previous developments done at CEA-Leti and CEA-List in both hardware and software. It is expected that the candidate will contribute to this research in a transverse way and be equally at ease with software and hardware matters. The candidate will be in charge of the project as the principal investigator and should be capable at working in a very multidisciplinary environment involving various research departments at CEA Tech. 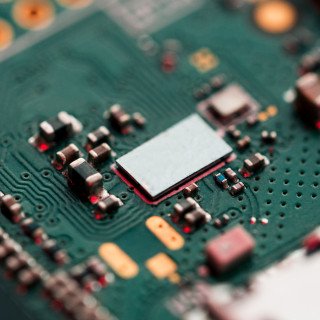 “You Can Think Big Here”
Industry and academia are often seen as an either-or situation, but for Ari Kulmala it’s more of a both-and situation. 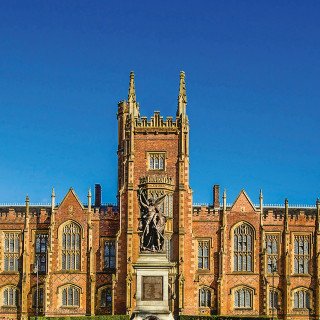 Quantum Computers Will Change Everything. Including Our Security Needs.
“Certain quantum algorithms have been proposed that will be able to break all of our security today.”

Tracking the Curve: Analyzing the Emotional Response to COVID-19
Professor Xiangliang Zhang is using machine learning to track the changing emotional response to the global crisis.
Plus d'histoires
CAREER ADVICE
Plus de conseils

No results found for